The History of Men’s and Women’s Fashion

Fashion has always been a reflection of the times, with styles evolving to reflect the zeitgeist of the day. Over the centuries, fashion has undergone a dramatic transformation, influenced by factors such as social change, technological advancement, and the rise of new trends. Today, fashion is more accessible than ever before, with trends being adopted and adapted to suit individual preferences.

For much of history, fashion was dictated by necessity and functionality. Clothing was designed to protect the body from the elements and to provide warmth in cold weather. Over time, however, fashion began to be influenced by other factors such as wealth and status. In societies where there was a great deal of social stratification, clothing became a way to communicate one’s place in the hierarchy. In medieval Europe, for example, sumptuary laws were enacted to regulate what types of fabrics and adornments could be worn by different classes of people.

As time went on, fashion became increasingly linked with self-expression and individualism. In the 18th century, for instance, men and women began to experiment with new styles and silhouettes that departed from the traditional standards of dress. This trend continued into the 19th century, as women began to assert their independence through fashion. The 20th century saw even more radical changes in fashion, influenced by factors such as the rise of youth culture and the liberation of women’s bodies. Today, fashion is more eclectic than ever before, with people drawing on a range of influences to create their own unique style.

The Differences Between Men’s and Women’s Fashion

In many ways, fashion is a universal language. It is a way for people to express their individuality and show the world who they are. However, there are also some notable differences between men’s and women’s fashion.

One of the most obvious distinctions is the level of formality. Men’s clothing is generally more structured and tailored, whereas women’s clothing tends to be softer and more fluid. Another difference is in the areas of the body that are considered most important. For men, the focus is often on the chest and shoulders, whereas for women, it is on the waist and hips.

Finally, there are also differences in the colors and patterns that are considered appropriate for each gender. While men’s fashion tends to be fairly conservative, women’s fashion allows for a greater range of experimentation. As a result, men’s and women’s fashion both have their own unique appeal.

The Trends in Men’s and Women’s Fashion

Men’s and women’s fashion is always changing, and what is popular right now is a reflection of the current zeitgeist. For women, comfort is key, with loose, flowy dresses and tops paired with leggings or yoga pants being one of the most popular looks. For men, there is a move away from traditional officewear, with more casual styles such as jeans and T-shirts becoming increasingly common.

Athleisure is also popular for both genders, with hoodies, tracksuits, and sneakers being seen as both stylish and practical. As we move into the warmer months, we can expect to see more light, airy fabrics and brighter colors. Whether you are looking to stay on trend or create your own unique style, there is something for everyone this season.

How to Mix and Match Men’s and Women’s Fashion?

One of the best things about fashion is that there are no hard and fast rules. You can mix and match different styles to create a look that is entirely your own. Not sure where to start? Here are a few tips for mixing and matching men’s and women’s fashion:

1. Start with the basics. A good foundation is a key to any outfit, so begin with a few essential pieces that you can build on. For instance, every wardrobe should include a pair of dark wash jeans, a white tee shirt, and a black blazer.

2. Think outside the traditional gender roles. Just because something is designed for men doesn’t mean it can’t look great on women (and vice versa). So don’t be afraid to experiment with different silhouettes and cuts.

3. Have fun with accessories. Accessories are an easy way to add personality to any outfit. When mixing and matching men’s and women’s fashion, choose unique pieces that reflect your style. For instance, instead of a traditional handbag, try carrying a vintage briefcase or canvas tote.

4. Pay attention to proportion. One of the most important things to keep in mind when mixing and matching men’s and women’s fashion is proportion. For instance, if you’re pairing a loose-fitting men’s shirt with skinny jeans, balance the look with heels or wedges to avoid appearing top-heavy.

By following these tips, you’ll be well on your way to creating a style that is all your own. So have fun experimenting and don’t be afraid to step outside the box!

The Future of Men’s and Women’s Fashion

In particular, there is a growing trend of women mixing and matching different pieces to create their own unique looks. Whatever the future holds for fashion, one thing is for sure: it will continue to evolve and change with the times.

So, what have we learned? In general, men’s fashion is more simplistic than women’s fashion. Colors and patterns are generally used more sparingly in men’s clothing, and the silhouettes of garments tend to be boxier.

On the other hand, women’s fashion is all about making a statement. There is greater use of color and pattern, as well as curvier shapes in women’s clothing. If you can keep these differences in mind when shopping for or dressing yourself or your loved ones, you will be better able to create outfits that look great and reflect each person’s unique personality. 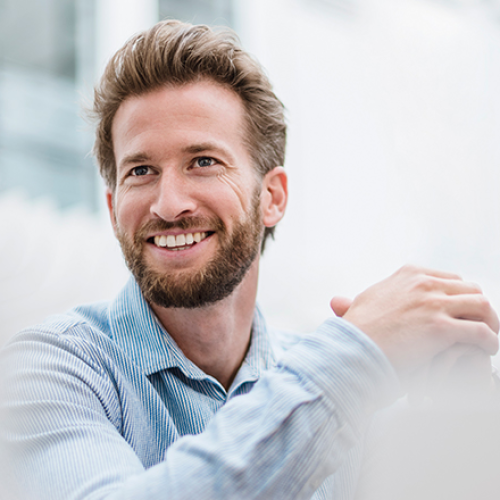 Avoid These Bad Habits for Your Mental Health

Bad habits can be hard to break, but they...

9 Things to Know Before Buying a Used Luxury Watch

When it comes to luxury watches, there are a...

19 Great Jobs for People Who Love to Travel

Do you love to travel? Are you always looking...

How To Treat Facial Acne Caused By Dandruff?

Acne is a common skin condition that affects people...